Welcome to The Good Mission in Eksjö!

During the spring of 2015 we invited the artist group The non existent Center to create a new work for Side-Show. The work, which was presented in October 2016, was given the title The Good Mission in Eksjö. Based on the artist group’s many visits and meetings in the municipality throughout the two years,  the finished work was performed over four days in October, at Kvarnarps Gård just outside Eksjö.

In the process of making the work, the artists chose to focus on different forms of caring and on the desire to “do good”. The Good Mission in Eksjö was an interactive performance in which you as a visitor would be invited to take part in a series of activities  examining different types of convictions, dilemmas and actions. The work took on the format of an evening class held at Kvarnarps Gård. During the evening classe, the audience would move through the different rooms in the house, taking part in exercises in listening, sharing and showing care.

A mission could be described as a series of actions carried out with strong conviction and with a desire to do good. The non existent Center are interested in actions carried out by single individuals, either in private or under the name of work or organized charity. The artwork reflects on what it means to be moved into action, and why it is that we sometimes do not act the way we would have wanted to.  Is there such a thing as fundamentally good deeds, ones that we can all agree upon?

The Good Mission in Eksjö was performed during four evenings in the first week of October 2016
Location: Kvarnarps Gård, 575 95 Eksjö. View map
Duration: 2 hours and 30 minutes, including interval. 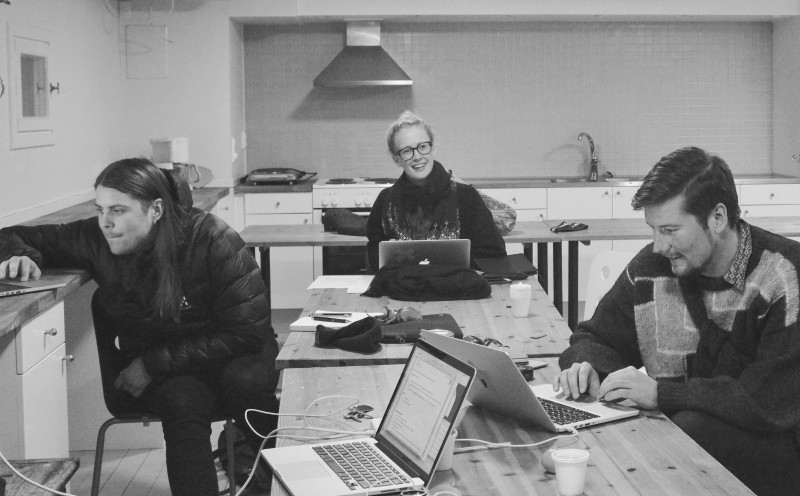 About The non existent Center

The non existent Center got to know Eksjö by talking to different people from a variety of social backgrounds. Their working process could be described as a focused creative research, where they start by mapping out the social structures of each town by visiting different places and taking part in a wide range of activities. As a starting point they often ask people they meet fundamental questions such as: What is a home? Where do you feel at home? What do you do when you feel lost?

Based in Gothenburg and Ställberg, the group is led by eight people with different backgrounds; from curating, art production, music and social psychology, to design, directing, choreography, psychology and lighting design. The group’s three artistic directors, Carl-Oscar Sjögren, Karin Linderoth and Eric Sjögren have been working together in Eksjö,

The non existent Center borrows methods from the performing arts, design and activism, and their presentation formats often echo these fields. Earlier presentations of their work have included a joint bus trip in Bergslagen together with the audience, a press conference and a cultural evening in Ställdalen. The people involved in the project during the group’s research phase, are also involved in giving final shape to the work.

An important part of The non existent Center’s practice is to examine and question existing structures for cultural production. The questions of whom art is for, how to create sustainable forms of production and how to “challenge the norm of a centralized cultural elite” are important to their practice. In 2014 the group together bought a disused iron mine in Bergslagen, where they have started an art center that they plan to run until 2070. They describe their activities there as an interdisciplinary creative community survey in depopulated areas, where the critical relationship between town and country, refuge and escape play central roles. 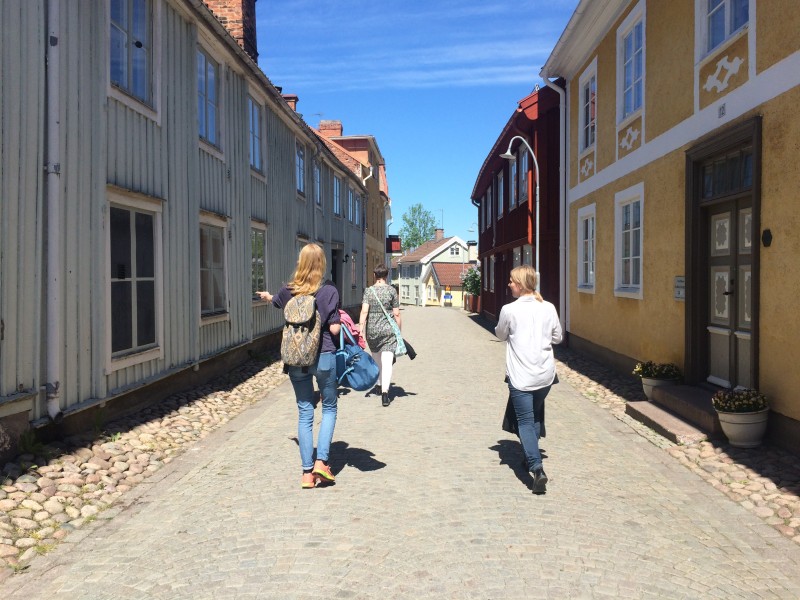 Side-Show’s partner in Eksjö was Eksjö Museum, who contributed with important historical knowledge and key contacts within the municipality. The museum has spaces devoted to contemporary art, as well as a large city history exhibition showing Eksjö’s 600-year history. In the museum courtyard is also Småland Museum of Military History. Learn more about the museum here.

Eksjö has a long history and celebrated 600 years as a city in 2003. The city has a largely well-preserved wooden houses and architecture from the 1600s onwards in its city center. 65% of the buildings in the central part is from before 1900, while the corresponding figure for Sweden in general is 6%. With the old town center of Eksjö is a major tourist town during the summer months.

Eksjö became a centre for military- and public administration early on in its history, and already in the 1400s the town had military training grounds. The Armed Forces have long played a central role in the town and Eksjö Garrison is still the municipality’s third largest employer. Another major employer is the Högland Hospital in Eksjö, one of the largest rural hospitals in Sweden. The vast majority of the 16,738 people living here, work in health care (36%), while only 3% are working in business services, which is a relatively low figure compared to other municipalities in the region. The municipality has five villages in addition to Eksjö town; Mariannelund (1475), Ingatorp (437) Hjältevad (330), Hult (447) and Bruzaholm (235). During the mandate period 2015-2018 the municipality was led by the coalition, but the Social Democrats were given the majority of votes as a single party, The Social Democrats and the Centre Party have long been the municipality’s main parties. Read more here. 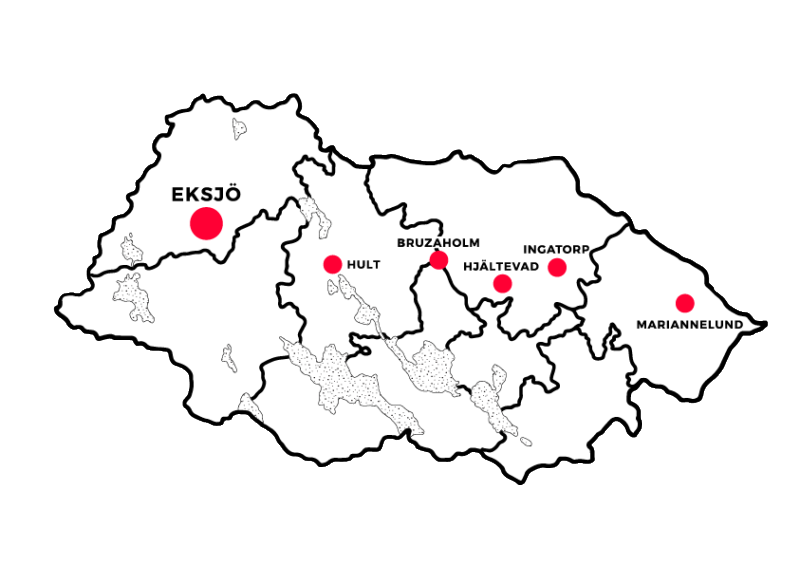